Instructions:
Explain how conservatism and socialism are incorporated in the US political system. Use evidence (cite sources) to support your response from assigned readings or online lessons, and at least one outside scholarly source.

Be sure to use examples.

Required Resources:
Read/review the following resources for this activity:

After the fall of Rome, within Western civilizations, the Church ultimately became interwoven with the centralized power of the appointed kings and queens. But over time, philosophers, and then the people, wondered if this was the best way to organize a government. They began by questioning the Church’s role in government, and ultimately expanded into an examination of the need for monarchies in general.

These thoughts began with the work of Niccolo Machiavelli in Italy in the 15th and 16th centuries. In The Prince, Machiavelli discusses the role of power in maintaining rule. Although not a direct link to democratic thought because he is advising a prince on how to keep his control over the people, his work was one of the first to hint at a need for a separation of church and state, which is a concept that still elicits controversy today. 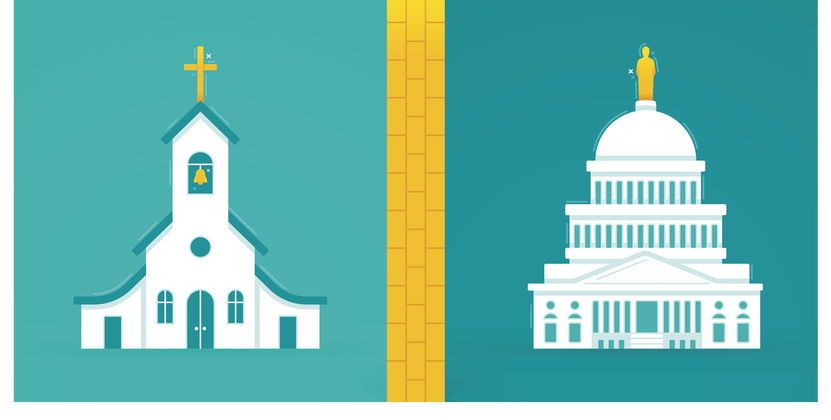 Roughly a century later, Thomas Hobbes also questioned the role of the Church within the government. In writing Leviathan, Hobbes advocated the need for a large governmental structure (thus a leviathan) to rule over the people and he began to question the role of the Church in this process. Although a supporter of authoritarian governments, Hobbes was not a supporter of the Church’s power within government. Outside of this premise, he is also known for coining the phrase “state of nature.” This idea stems from his examination of what people look like without any government. He saw this state as very bleak, representing utter chaos and strife, because he theorized that without a strong ruling government to keep the peace, people would be at war with one another as they attempted to seize power from one another as a means of getting what they desired and as a way to avoid what they did not. However, in contrast to what he was proposing, by looking at humanity at its core, he introduced the idea of humanity as thinking for itself, which is the foundation of any democracy.

It was this concept that John Locke then built upon a few decades later by suggesting that the people move away from an all-oppressive ruler to a government based upon the rule of the citizens with a system of checks and balances,. Locke’s ideas serve as the basis of much of the U.S. founding documents, such as the Declaration of Independence and the U.S. Constitution.

The Meaning of the Word Liberal

The term liberal in modern vocabularies has taken on an entirely different meaning from its original context. Liberal, when applied to political philosophy, represents a belief that the government should interfere very little in the daily lives of its citizens. This notion allows the individual to pursue his or her own interests without fear of extreme government regulation.

Since The Great Depression, which hit the world the hardest during the 1930s, the U.S. government has trended towards a larger government, as have other Western European nations. This happened as a result of the government providing many social services to protect its citizens from the likes of economic disaster and the toils of war. How far you think the government should go in aiding its citizens depends upon which political ideology most appeals to you. The classic liberal, a categorization credited to John Locke and also known as the modern conservative, tends to favor small government, whereas the modern liberal, modeled on the work of T. H.Green, prefers more governmental programs.

How far you think the government should go in aiding its citizens depends upon which political ideology most appeals to you. The classic liberal, a categorization credited to John Locke and also known as the modern conservative, tends to favor small government, whereas the modern liberal, modeled on the work of T. H.Green, prefers more governmental programs. 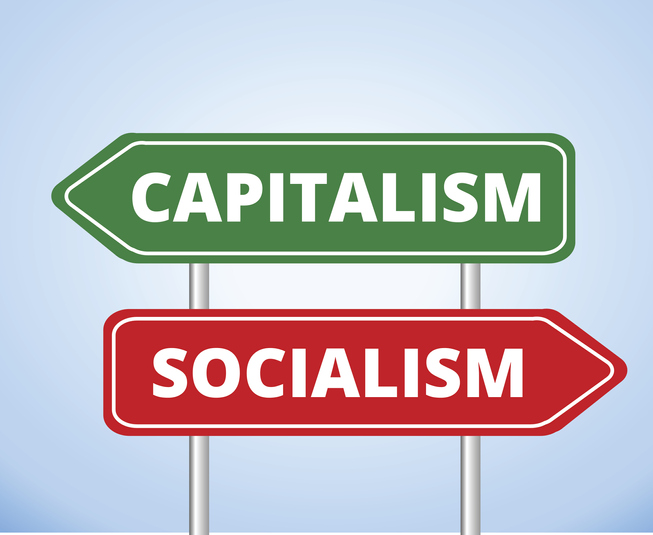 Capitalism represents the idea of the people controlling the means of production, with little to no interference by government. Capitalism is based on the idea of a market driven economy. This concept simply means that the market (or the masses) drive what is produced by industry with their demand for products. For example, if a great deal of people desire a certain item, then those who produce it will stay in business as long as the demand continues. However, if demand lags, or dies out altogether, that same industry will have to evolve to produce another in-demand product,or leave the market. This demand for product thus drives what is produced, and then determines which industries flourish. This system, in its truest sense, leaves government out of the economic process. Adam Smith, in writing The Wealth of Nations, was an advocate for this type of economic system. However, over time, it has been discovered that some regulation of business is needed, for instance, to preventi a monopoly in order to keep the market competitive.

In contrast to this model of low government involvement, socialism calls for the complete control of production by government. This is a concept originated by Karl Marx and Friedrich Engels, two political philosophers during the 19th century, in their Communist Manifesto. Neither man was a fan of the world in which he was raised, where the industrial revolution was taking off and people were suffering under the harsh working conditions found in pure capitalism. They believed that if they presented a new economic plan that replaced the newly established capitalist principles, they could create a happier world for the individual. This world included the human rights of the liberal but went even further to ensure an equal distribution of wealth and goods to the masses. Their theory argued for a socialist transition, where the government seizes all the means of production from the masses, as a way of creating the pathway to communism (or a perfect utopia).

As with any plan, variations in practice can occur. This is exactly what happened when Russia, the first country to implement the teachings of Marx, achieved its revolution. Thus, came the rise of Marxism-Leninism, which varied dramatically from Marx’s proposed plan. The practice of this ideology resulted in many years of conflict with the West during the Cold War. The principal powers during that time, the United States and the Soviet Union, featured two completely different philosophies regarding government and politics. In the end, the Soviet Union’s political, governmental, and economic approaches proved to be disastrous for its society, and the individuals within it. It featured a political process that decided who got what, when, and how in the most arbitrary manner, and used the government to execute those decisions brutally and ruthlessly. In the end, Soviet citizens, tired of being told they were part of one of the world’s great superpowers while waiting in line for basic necessities, gradually withdrew their interest in and support of their government, and the system eventually collapsed.

Studying politics has been an important part of the work of ancient and modern philosophers. As in most sciences, theories have evolved as new information has become available and new ways of exploring become possible. Liberalism split into conservatism and modern liberalism to form two different ideologies that same with capitalism and socialism.

"Looking for a Similar Assignment? Get Expert Help at an Amazing Discount!"

How to order a paper

1. Fill in the order form
Issue instructions for your paper in the order form. Include a discount code if you have one. Your account will be created automatically.
2. Payment Procedure
Your payment is processed by a secure system. We accept MasterCard, Visa, Amex and Discover. No information is shared with 3rd parties.
3. The Writing Process
Clarify all the questions with customer support representatives and upload all the necessary files for the writer to use.
4. Download Your Paper
Check your paper. If it meets your requirements, approve and download it. If changes are needed, request a revision.
Order Custom Paper Now
American National Government Final Paper- Affordable Care Act Theories Of Leadership
Scroll to top
× Hello! Need help? Click here to chat with us via whatsapp.